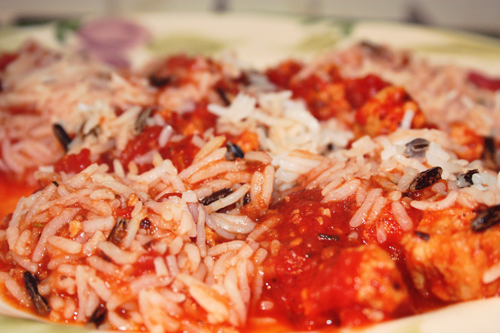 I am forever on the look-out for new vegetarian-friendly recipes. I’m
pescetarian, and could happily eat seafood and fish at every meal, but living on a student budget means that’s not always a possibility.I actually tried this particular recipe, from The Pioneer Woman Cooks, when I was still a fan of poultry and loved it, but upon rooting through my old recipe box a couple of days ago, I decided it was high time to experiment, with the goal of creating something Quorn-friendly (that’s the brand name of my favourite meat replacement product, just in case anyone isn’t familiar with the line).
The result was this recipe, which I’m hoping you’ll all try, love, and make for all your vegetarian (or open-minded meat eater) friends – but do feel free to throw chicken, beef or pork into the mix instead. 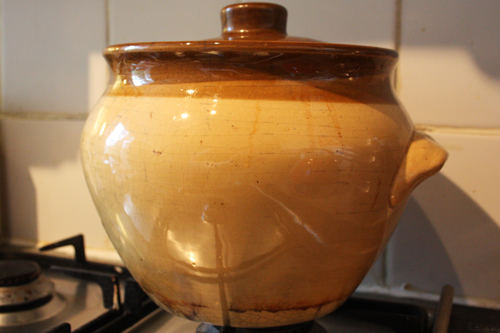 For this recipe, feel free to use a casserole dish (as long as it’s stove-friendly & has a lid!), but this is my weapon of choice – a tagine which happens to be the one item I own which used to belong to my grandmother. A bit of a cliche, but a nice one, I think. 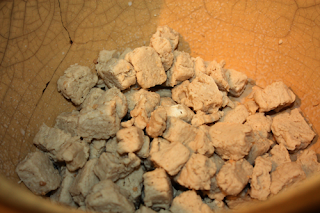 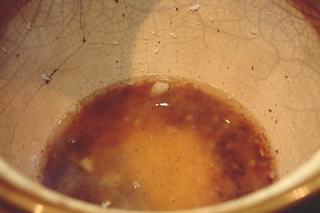 The first step is easy – just a case of browning a tray of ‘chicken-style pieces’ in the base of your tagine. I’m not being lazy by doing it all in one pot (although I won’t pretend I miss the extra
washing up!), but, once your pieces are browned, they’re going to be removed, and stock is going to be swirled around the base of your tagine – this will pick up all the leftover Quorn flavour, and will create a nice deep flavour without the need for a meat-based stock. 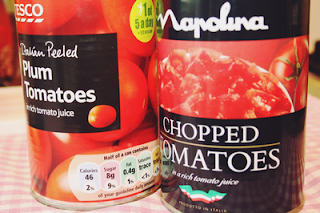 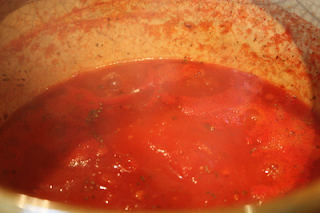 From there, the process is pretty quick; throwing in some chopped & whole tinned tomatoes, alongside some little flavour enhancers – some crushed garlic, salt & pepper, chilli flakes, whichever herbs you can get your hands on – and then you simply have to place the lid on your tagine, and pretty much forget about it for 40 minutes. No, really. That’s when the magic happens. 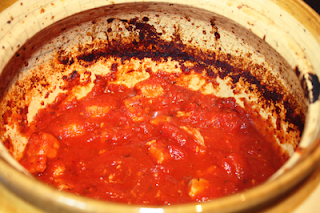 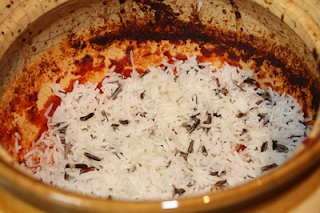 See how lovely and thick it gets? How well the Quorn absorbs all that flavour? Doesn’t it look delicious? Does it get any better than that? Well…yes. Because then, we add some simple, no-fuss, microwave rice. Carbs make everything better, right? Especially when we pop them back in the oven for 10 minutes. That’s when this happens. 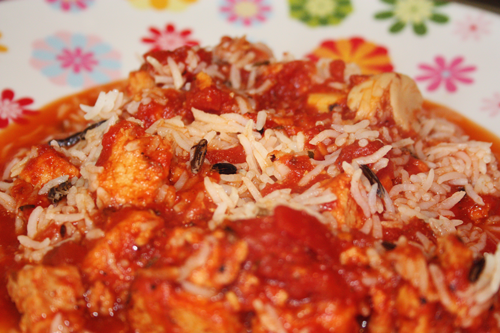 Mmmm. You should probably go and make this.

What are your favourite meat-free recipes? Do you ever feel tempted to take an old recipe and recreate it?

This recipe contains 332 calories per serving, including the rice mentioned above.

All the Small Things | Life