What I Wish I’d Known as a Fresher | Student Life 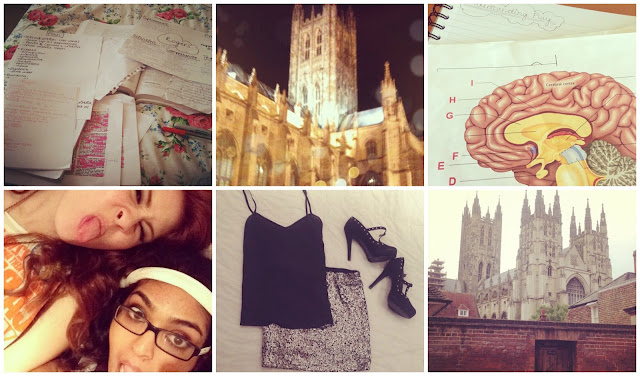 It’s the time of year where I start to envy everyone who’s making that big, scary, life-changing step; moving to university. Don’t get me wrong; making the move to university was one of the scariest things I’ve ever done, but it was one of the best, too.
That being said, it isn’t easy, by any stretch of the imagination, and it doesn’t come with any kind of handbook, so I figured I’d through together a few pro-tips – things I wish I’d known, in advance! Here you go: tips for freshers, especially those of you who are moving out of home for the first time.

I think I must’ve googled about a million ‘what to take to university’ lists when I first got my UCAS results, but I was never quite happy with what I found – so I wrote my own, here – my ‘What to Take to University’ list, which is still my most-read post, to date (shameless self-plugging aside).

2.  YOU’RE ALL IN THE SAME BOAT; USE IT TO YOUR ADVANTAGE

I know, it’s a cliché, but clichés tend to be clichés for a reason. If you’re moving into halls with a bunch of strangers, they’re in the same position, and you can use that uncertainty to build bridges.
Unpack with your bedroom door open and your favourite band playing. Have an excursion to the city centre to get that one vital item everyone happened to forget (doorstops…they sold out in my university town within the first three days).

3. GO TO EVERYTHING IN FRESHERS’ WEEK…

Not just the mandatory events, but the naff ones like the ‘treasure hunt’ that your academic department thinks will teach you the weird room system (it won’t, you’ll get lost on the way to everything); you can bond with the people on your course about how you’d rather be doing anything else.

4…AND DON’T SKIP THE SOCIETIES FAIR

This is sometimes billed as ‘Freshers’ Fair – Day Two’ or something similar, but it’s actually a showcase of the societies that are available on campus. A lot of people skip this, but it’s a great way to hear about the societies you never would’ve known existed (gaming society, anyone? Forensic science society? Acapella group?).
My one main tip, though? Try not to sign up for anything just because you’ve started chatting to the society president, or they’re giving away freebies and you feel guilty not signing up to their mailing list. You’ll end up being emailed a hundred times a week, all the way into third year.

5. YOU DON’T HAVE TO BE A PARTY ANIMAL

Whilst drinking is likely to help you deal with that annoying housemate who just won’t take out the bins (I’m not still bitter about mine, clearly), you don’t have to be the kind of person who goes out every night to make friends; some of the best nights I had at uni were just sitting in our flat, watching movies, baking, or cooking communal dinner.

BONUS: JUST GO WITH IT

Being a student was one of the best times of my life…and one of the hardest. There’ll be sleepless nights, bad flatmates (and accommodation), a few breakdowns, and the odd hangover, but it’ll all be worth it in the end.

What’s the one thing you wish you’d known whilst at university?