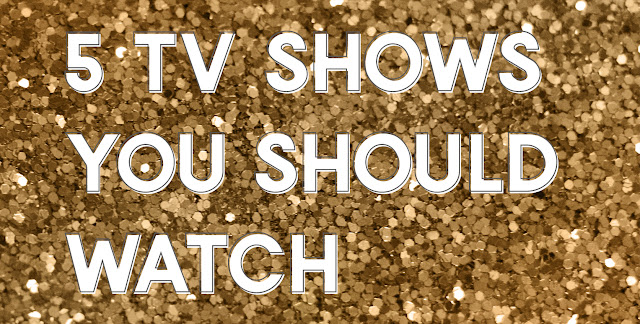 Since making the change and leaving my previous job, I actually have some free time on my hands at the end of the work day, which means I’ve finally been able to have some one-on-one time with my beloved Netflix account & TV (which, sadly for me, isn’t quite 4K TV Panasonic).
As a result, I’ve been catching up with (and discovering!) a few new TV shows, so I figured I’d share my top ones.
Obvious Trigger Warnings are in bold, but please check before you watch, as I may have missed some!

On the incredibly slim chance that you haven’t given this a go yet, please do – it’s low on gore and jump scares, but it’s creepy, with a satisfying 1980s-era-setting. The soundtrack is exceptional, the story is intriguing, and Winona Ryder is back on top form. A couple of my friends were hesitant to watch this because the central cast were so young, but it’s engaging, from the word go.
Available on Netflix.

2. THE MAN IN THE HIGH CASTLE

Based on a science fiction novel of the same name, ‘The Man in the High Castle’ is an ‘alternate history’ series, based on life after Nazi Germany and Japan won WW2, and took over the US. It’s heartbreaking, hopeful, and thoughtful, all in one go, and terrifyingly…believable. If you’re a history buff, you’ll love this, but it’s pretty emotive, so be careful.
Available on Prime Now TV.

This mockumentary is the one if you’re into Serial and Making a Murderer; it’s essentially about a boy getting expelled from high school due to graffiti-ing penises on his teachers’ cars. But did he really do it? And can Pete and Sam, the unlikely sleuth-documentarists, work it out, before it’s too late? Watch and find out!
TW: Drug use.
Available on Netflix.

This is one of those shows that I never thought I’d watch – despite Tim Roth and Christina Hendricks shining throughout the entire season – because it seemed a little ‘grittier’ than my usual choices. But one episode in, and I was sold. It’s a tale of revenge, at its heart…and murder. And pretty much every conspiracy theory you can imagine. It’ll keep you guessing, in the most exquisite way.
TW: torture, alcoholism.
Available on Sky Atlantic & Now TV.

I genuinely never thought I’d be able to take Jason Bateman seriously, in a role that wasn’t comical – ‘Arrested Development’ has always been one of my favourite shows, and him being in a tense thriller? Mind blowing! Ozark is, at heart, a series about money laundering, in the drug trade. But it’s something so much more; it’s about family, and betrayal, twists and turns throughout.
TW: torture, drug use.
Available on Netflix.


What are your top TV shows, lately? I’m always looking for new ones!